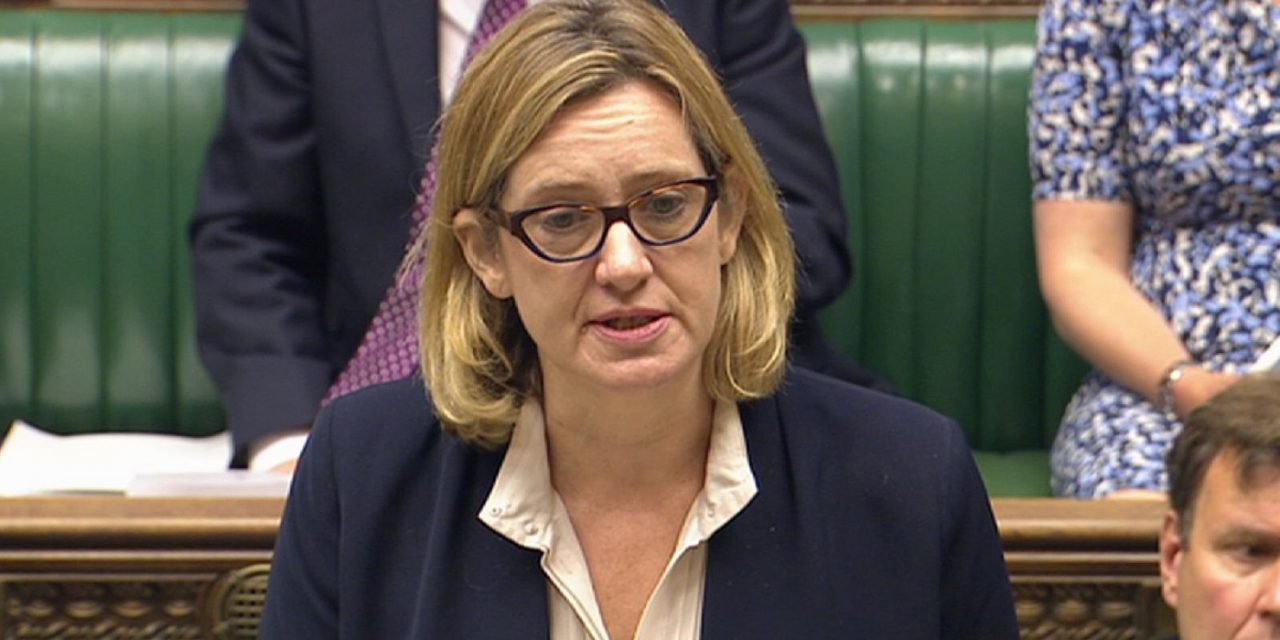 The announcement comes as a CUFI petition calling for the UK to ban Hezbollah outright reached over 5,000 people. CUFI has contacted the Home Secretary and awaits a response.

Responding to a question by Newark MP Robert Jenrick in the House of Commons, Rudd said she’d look into banning the annual demonstration and proscribing the whole of Hezbollah as a terrorist organisation.

CUFI Executive Director, Des Starritt, reacted, “We welcome Amber Rudd’s commitment to consider banning Hezbollah. If our Government is to truly tackle extremism then it must start with banning terrorist organisations such as Hezbollah. We appreciate that over 5,000 people have now signed our petition sending a clear statement to the Home Secretary. We will be stepping up our campaigning over the next few days and encourage those that haven’t yet signed to do so to put more pressure on the government.”

Jenrick asked the Home Secretary to take action, after describing driving his family past the march on the weekend. He said: “My wife and daughters are Jewish. We were met by a protest where there were anti-Semitic banners and chants, and there were people waving Hezbollah flags, which for those unfamiliar with the flag, has a big machine gun on it.”

“To make a mockery of the law, someone had actually put a post-it note on the flag saying “you cannot arrest me because I support the political wing of Hezbollah, not the military wing, this time”.

He then asked the home secretary to show “enough really is enough.. by taking action against these rallies. Ban them so that they can never take place on the streets of London again, and ensure that the whole of Hezbollah is made a proscribed organisation.”

Responding to Jenrick, Rudd said: “It is always distressing to see that sort of march going on and that sort of provocation that he has just described. Must have been very upsetting for him and his family. I will certainly consider what he’s put, what he’s suggesting, and come to discuss it with him, and if necessary with the House.” on clothing, including by children, without police action.

Des Starritt says, “Hezbollah is an anti-Israel, anti-West organisation that should not be allowed in Britain, yet on Sunday its supporters marched through central London flying Hezbollah flags.”