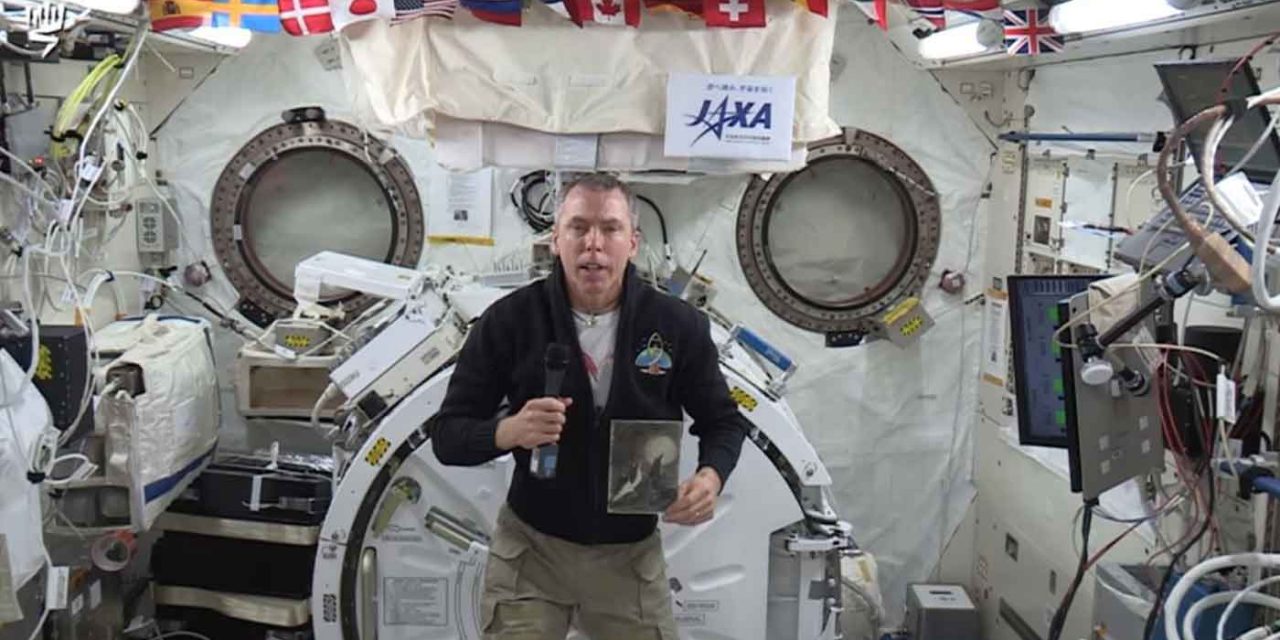 On March 21, 2018, Drew conducted a spacewalk with a replica of Peter Ginz’s painting “Moon View” from Yad Vashem’s Art Collection, the same painting that Israeli astronaut Ilan Ramon took with him on his last trip to the Columbia shuttle in 2003, Sit down.

Peter Ginz was born in 1928 in Prague. Even as a young adolescent, Ginz was a writer and painter. He created “Nof Yerach” – a surprising vision of the earth’s view from the moon, along with other works of art, eight science fiction books and a diary that vividly describes his experiences and especially his period of imprisonment in the ghetto. He was also the editor of “Blood” – a youth newspaper in the Czech language in ghetto Terezin. On September 28, 1944 he was sent to Auschwitz-Birkenau, where he was murdered.

The painting “Moon View” is one of more than ten thousand works within the Yad Vashem Art Collection.