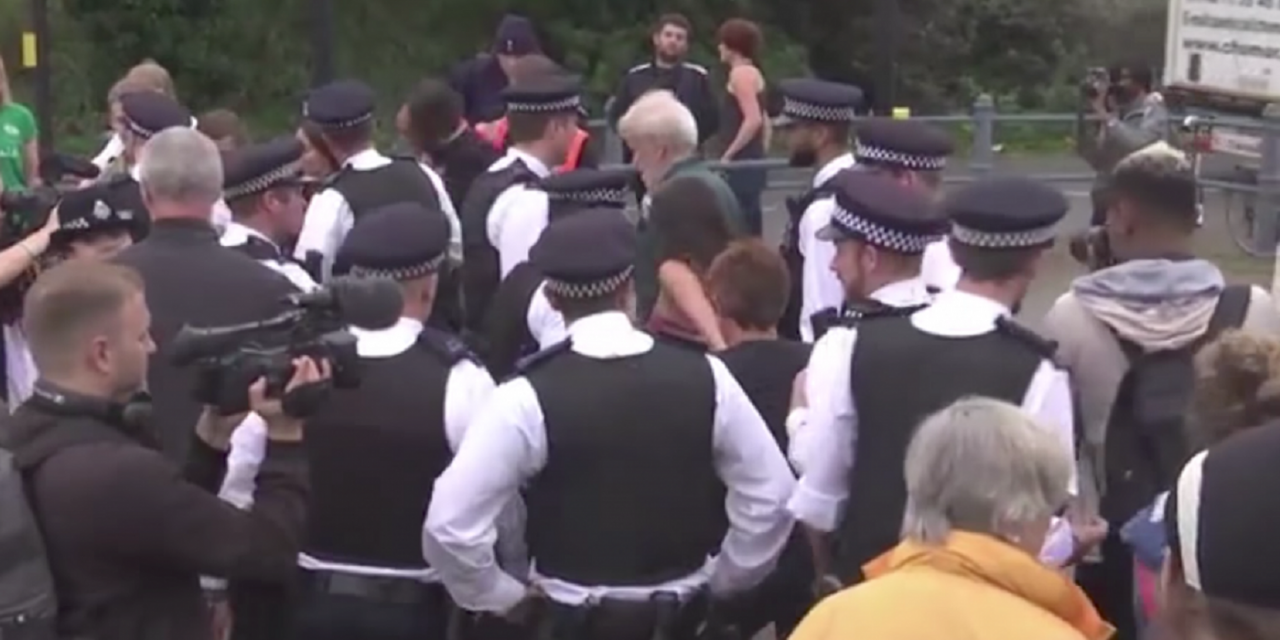 Anti-war campaigners targeted Israeli companies who are attending an arms fair in London next week, with protesters saying Israeli weapons are “battle-tested on Palestinians”.

Eight arrests were made on Monday ahead of the biennial Defence and Security Equipment International (DSEI) which takes place 12-16 September at the ExCeL centre in Docklands, as protesters took part in “direct action” outside the venue.

On Tuesday a further 17 people have been arrested on suspicion of obstruction of the highway. The arrests were made after vehicles were blocked from moving along the road.

Those arrested refused to comply with repeated requests to move out of the road.

Kat Hobbs of Campaign Against the Arms Trade said “Israeli weapons are battle tested on Palestinians,” while Rev. Enid Gordon, a Methodist minister, said it was “against God’s will” to sell weapons to Israel.